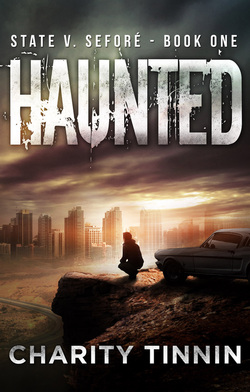 Punish the guilty or save the innocent? He can’t do both.

As a liquidator, it’s Noah State’s job to carry out justice for the Elite—which is why they send him to Metro Area Four. There’s evidence of a resistance movement and chatter about a dangerous uprising. Noah’s orders? Stop it at any cost.

Failure means death. But Noah’s haunted by the blood spilled in his past and certain God has condemned him for it. Shedding more isn’t an option.

Then he meets Maddison James, a hospital apprentice with revolutionary leanings, and glimpses a future he thought was lost. A future within reach if they can survive his brother’s interference, a resistance more threatening than anyone imagined, and one unforgivable choice.

THE STATE V. SEFORÉ SERIES WILL ALSO INCLUDE ...

Copyright © 2015 by Charity Tinnin
Powered by